Obesity: Over a $315 Billion/Yr. Industry With Less Than a 5% Success Rate

Obesity: Over a $315 Billion/Yr. Industry With Less Than a 5% Success Rate

Recently, the U.S. Surgeon general, Richard Carmona has stated, “Obesity is a greater threat than terrorism.” Current data indicates that 68% of the U.S. adults are now overweight or obese. The lack of empirical evidence has led many researchers to conclude that obesity is, indeed, a relatively incurable disorder. A June, 2011 article in Discover magazine, “The Hungry Brain”, by Dan Hurley, attests to this fact. William Weiss, a management professor at Seattle University states: “Obesity industries, including commercial weight-loss program, weight-loss drug purveyors, and bariatric surgery centers will likely top 315 billion dollars this year alone-nearly 3% of the overall U.S. economy.”

K.D Brownell points out that if a strict definition of “cure” of obesity is adopted (such as a reduction to an ideal weight and maintenance at that point for at least 5 years) an individual is more likely to recover from most forms of cancer than to satisfy that criterion(1). It has been reported that fewer than 2% of dieters maintained weight loss after a 2-year follow-up(2). Despite the tremendous volumes of research, there has been little solid evidence of long-term success in weight loss treatment(3). It is important to note that there have been relatively few long-term follow-up studies, and when such studies have been reported, it is not clear which factors predicted the maintenance of weight loss(4). Wilson (1978) pointed out, there are at least two major shortcomings in the literature:

The bulk of the research on the prediction of success in weight reduction have been premature, and attempts to access the predictors of weight loss have not year identified those variables that predict effective weight loss (Brownell, 1982). The comparative long-term effects of interventions cannot be readily determined, in large part because the results of long-term follow-up studies are simply not available.

In 1994, the National Weight Control Registry (NWCR) started by R. Wing and J. Hill was enacted. The purpose of the registry was to gather data from people that lost weight and kept it off. The study in question included a self-selected population recruited through newspapers, magazines, and the radio. The analysis of this data showed that, “successful long-term weight loss maintainers shared common behavioral strategies, including eating a diet low in fat, frequent self-monitoring of body weight and food intake and high levels of regular physical activity”. The name for this type of informational gathering is: “Actuarial Description of Data”. An actuary collated, integrates and organizes data as an attempt to formulate hypotheses. What the NWCR did accomplish is to confirm behaviors that an individual must exhibit if permanent weight loss is to be realized. The 28-year-old study confirmed what has been common knowledge for many years, and that is, don’t eat as much and exercise. If an individual complies to these rules, they will succeed at permanent weight management. The data from the NWCR is contingent upon a select population and, data providing statistics for long-term weight loss and management within the population outside of this study is not available.

Experts agree that billions are spent on various weight-loss methods. The primary factor: as long as there are consumers available, there will be industries ready to supply products to those in need. When individuals fail at weight-loss attempts, most often, the program and methods are not blamed, rather, the consumer is blamed for not following the rules. The dieter vows to do better next time, thus, the “Yo-Yo syndrome is perpetuated. This is the contributing factor to the success of the weight-loss industry.

If 68% of the population is obese or overweight, is it the individual’s fault, or is something lacking in the protocols for weight loss? Stunkard began collecting data for long-term weight loss in 1958. Currently, there is no system available where a weight-loss method provides a statistical success rate greater than 5%. The time has come to determine how to address this economic crisis in our country. 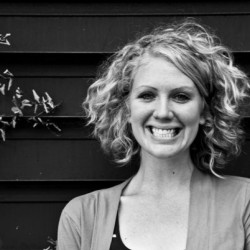 Latest posts by deenasolomon (see all)